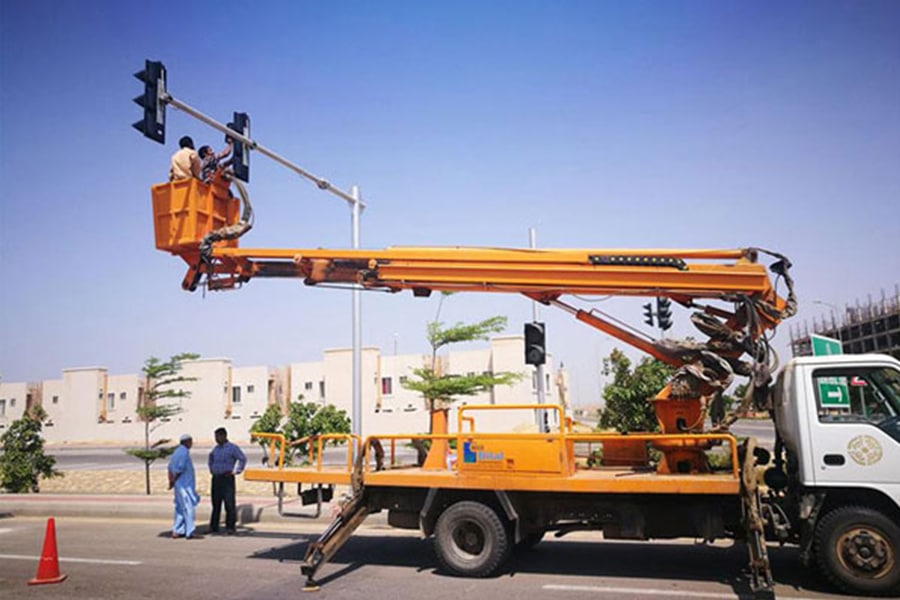 Traffic lights are something that is inextricably linked to the entire individual in day-to-day life while going on the road. It is located at the road’s intersection. The goal is to reduce traffic congestion while also protecting drivers and the general public. Hangzhou ZGSM Technology Co., Ltd, which provides a warranty and service for the product, sells traffic light zebra crossing materials.
The red lights indicate that you must stop within the stop line. Pedestrians can walk/cross the road within this gap. The yellow sign indicates that you should get ready, while the green sign indicates that you should move. The road with zebra crossings appears to have zigzag black and white lines. It serves as a guide for automobiles to stop/slow down when a person crosses it. It has largely appeared on highways to cross the road without difficulty.

LEDs provide numerous advantages to consumers across the spectrum. When it comes to traffic lights, LEDs are unquestionably a plus. Here are some of the advantages that are becoming increasingly important.
Energy Savings: As the price of fossil fuels rises due to pollution, the globe is looking for energy-saving solutions to reduce expenses and improve environmental quality. LEDs are an excellent solution to cut energy expenses in traffic signals by replacing aging incandescent light bulbs with light-emitting diodes. Because of the potential savings, many countries throughout the world have pursued energy-saving contracts in order to update their traffic signals.
Safety and Durability: LEDs provide excellent energy savings and tend to last longer before failing. LEDs typically last five to ten years, whereas an incandescent light bulb burns out after one year of use. Thus, if LEDs are used in traffic signals, they will certainly reduce city maintenance schedules while also lowering the cost of replacing incandescent or fluorescent bulbs. This not only improves the safety of traffic signals but also significantly reduces the frequency of accidents caused by traffic signals that are out of service. Moving on to the reliability aspect, LEDs are extremely reliable due to their inherent design, which also employs semiconductor technology. LEDs employ semiconductor material to emit light, and unlike incandescent bulbs, there are no weak filaments to fail. The nicest thing about LEDs is that they are installed in traffic signals with several LEDs, so if one of the LEDs breaks within the unit, the unit will still function. Traffic lights LEDs are not only longer-lasting and more efficient, but they also focus the light better, making the traffic signal much easier and visible to oncoming vehicles. This greatly aids in the reduction of accidents because drivers can see the signal more clearly which did as street lighting.