Series H is a high-performance, high color rendering index high bay led light, it is very suitable for use in warehouses, production workshops, and other industrial fields. as the sixth generation high bay light, since 2014, it has been deeply loved by users in many countries. With reasonable heat dissipation design, H series led high bay light is not only maintained ventilation, avoids cutting hands, quickly dissipates heat, and can also solve the problem of dust accumulation. H series high bay lights can be equipped with 1-10V or DALI dimming to smart control system Compatible. 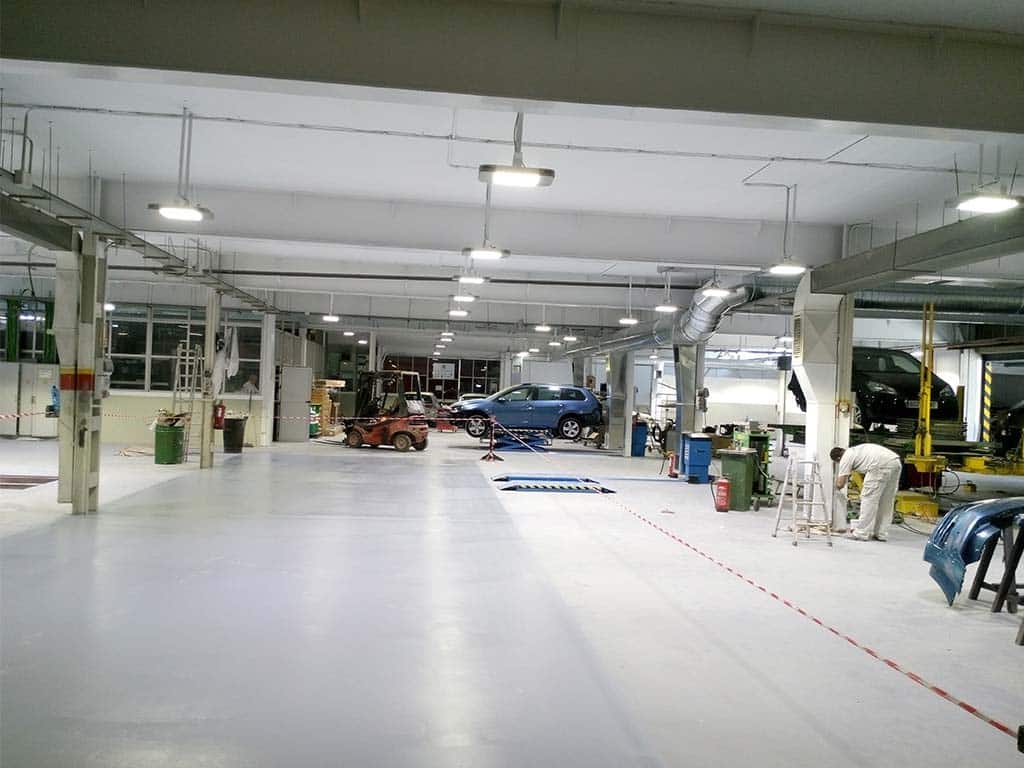 For high bay lights, LED technology is now basically ubiquitous. It has replaced legacy lighting technologies including Metal Halide (MH), Pulse Start Metal Halide (PSMH), Mercury Vapor (MV), and fluorescent, and Induction. There are a host of reasons. The list below is by no means complete.

In conventional lighting technology, lumen degradation is very rapid. For example, a metal halide lamp may have a lumen fade of 35% at 40% of its average lifetime (approximately 8000 hours). In other words, while the unit still consumes a lot of electricity, it only gets 65% of the light.

The light emitted by the LEDs also decreases over the life of the industrial high bay LED lights, which are rated L70. A light fixture is considered to have reached its rated life when it emits 30% less light than a new fixture. How do these three main factors affect life? Let’s see.

LED High Bay lamp life – L70 at how many hours?
LED High Bay lamps are rated for at least L70 @ 50,000 hours. This means that after 50,000 hours the led will still emit 70% of its original light. Assuming 12 hours of use 5 days per week per year, the rated life is over 15 years. Some accessors have LED high bay lights that are rated for extreme life. This means that the fixture is rated to operate for 100,000 hours or more. Many accessor fixtures have LED high bay lights rated L70 @ 200,000 hours and some are even L70 @ 300,000 hours. In situations where the use of fixtures is difficult or for some reason very expensive, L70 @ 300,000 hours can be a significant added value.

LED high bay lighting life – high-temperature locations kill LEDs and drivers
Near the ceiling where the LED high bay unit is located, processes such as steelmaking or heat treatment generate extremely high heat which cannot be reduced. LED high bay can be used to withstand high temperatures. First and foremost, the LEDs need to have superb heat dissipation capabilities. In addition, the lifetime of the LED can be extended at very low milliamps (mA). This drives the led and extends its life. In order to cope with the high temperatures, the driver must also be protected. This is achieved by placing the driver in a separate compartment or by placing the driver in a separate compartment with remote control. In other words, the driver is positioned at a distance from the part of the luminaire that emits light.

If you have special requirements for LED overhead lighting, please contact the ZGSM lighting experts.

Kelvin is the scientific unit of measurement for color. It is a measurement of how much yellow or blue is present in the light spectrum produced by the bulb. Higher Kelvin values indicate whiter light rather than brighter light. While 4000K and 5000K are the most often used Kelvin for high bay lights, high bay lights may also be made in 2200K, 3000K, 3500K, 4000K, 5000K, and 5700K, as well as in colors, 590nm, and No-UV.